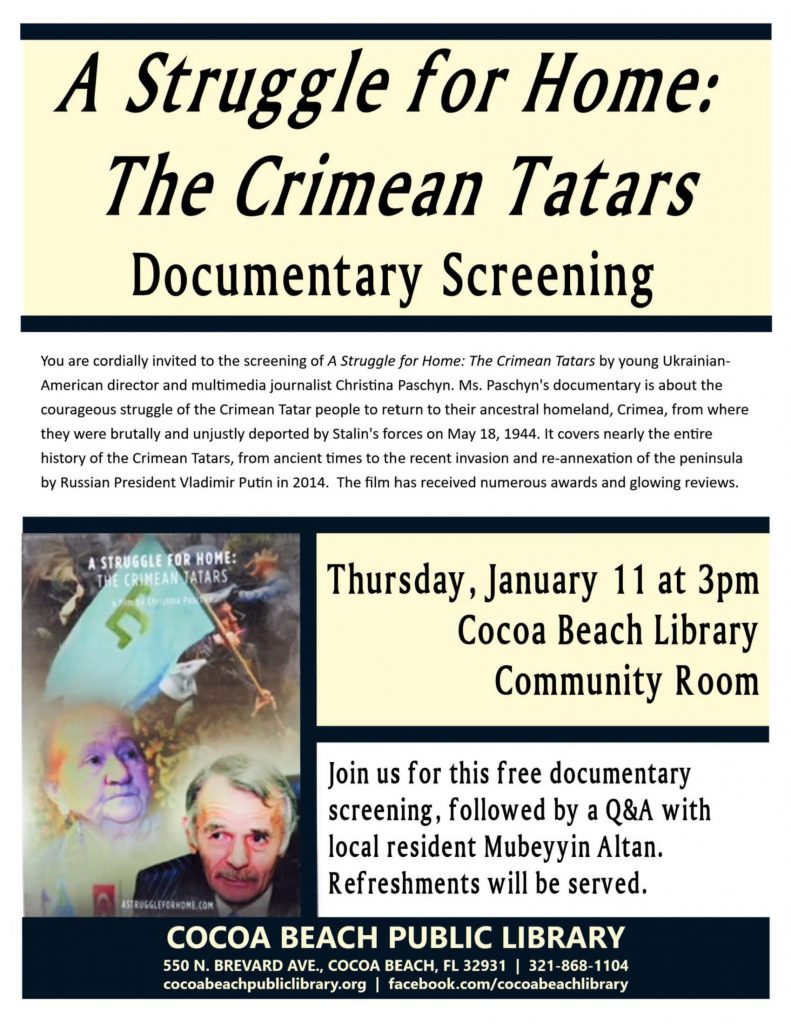 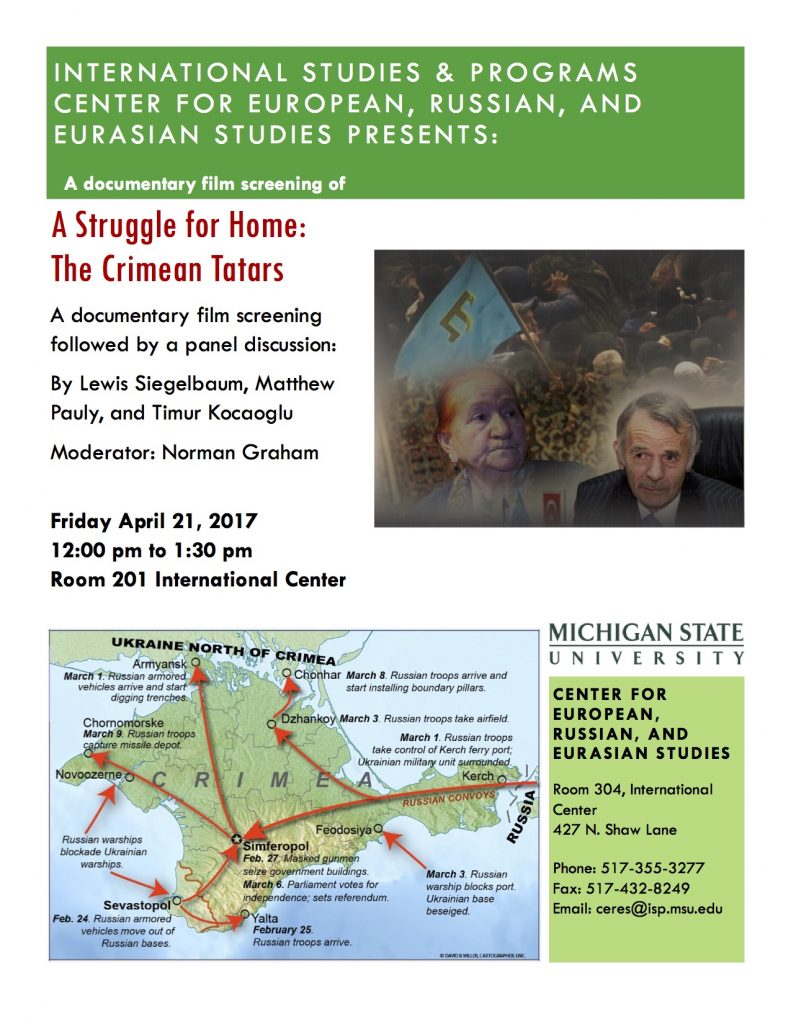 International Week for a Better World at the University of Alberta in Edmonton, Canada
Thursday, Feb. 2, 2017 at 5pm in Room Telus 134 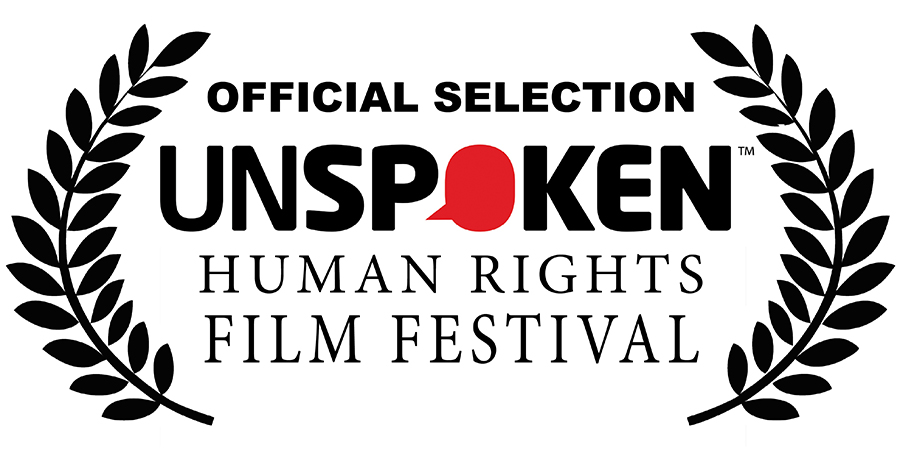 Human Rights Film Festival on Eastern Europe in Stockholm, Sweden
Monday, Oct. 17, 2016 at 6:00pm at the Zita Cinema. Organized by Östgruppen (the Swedish Initiative for Democracy and Human Rights)

The Edinburgh Festival Fringe in Edinburgh, Scotland
Friday, Aug. 5 and Saturday, Aug. 6, 2016 at 3pm at the Ukrainian Community Center (Venue 138)

Kennan Institute at the Wilson Center in Washington, D.C.
May 26 at 10am

World Humanitarian Summit in Istanbul
May 23, 2016 at 5pm in the Lüfti Kirdar Convention and Exhibition Center

Consulate General of Ukraine in Toronto
May 18, 2016 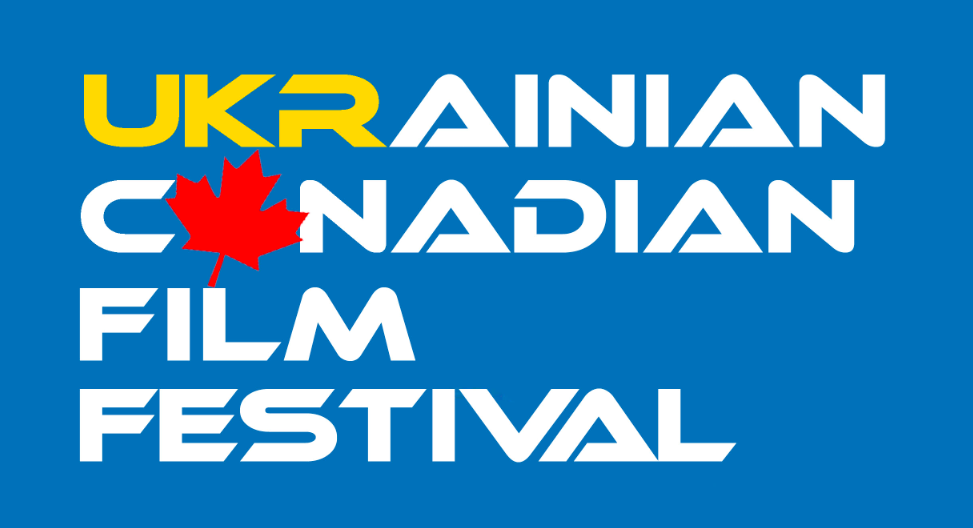 Ukrainian Canadian Film Festival in Ottawa
May 18, 2016 at 4:00pm at the University of Ottawa. Featuring a Q&A with Mustafa Dzhemilev.

Rainier Independent Film Festival in Ashford, Washington
May 15, 2016 at 11am in Cine-Yurt at Wellspring

Special screening in Stockholm, Sweden
May 11, 2016 at 6:00pm at  the Olympiateatern, at Västmannagatan 56, Odenplan
Featuring a Q&A with Mustafa Dzhemilev. Organized by the Ukrainian Embassy of Sweden, Unga Ukrainare I Sverige/Укр Молодь в Швеціі, and Союз Укр Скандинавії.

Ukrainian National Museum in Chicago
May 7, 2016 at 4pm 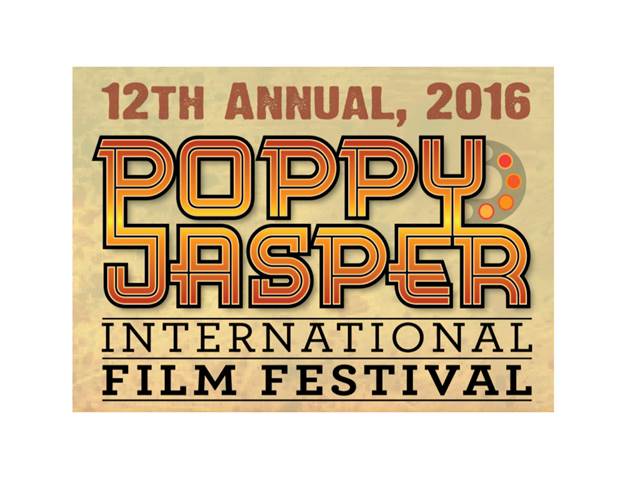 Amnesty International at the University of Minnesota in Minneapolis
April 19, 2016 at 7pm, Mayo Building Room C23

Temple University in Philadelphia
April 15, 2016 at 3:30pm as part of the International Conference on Migration 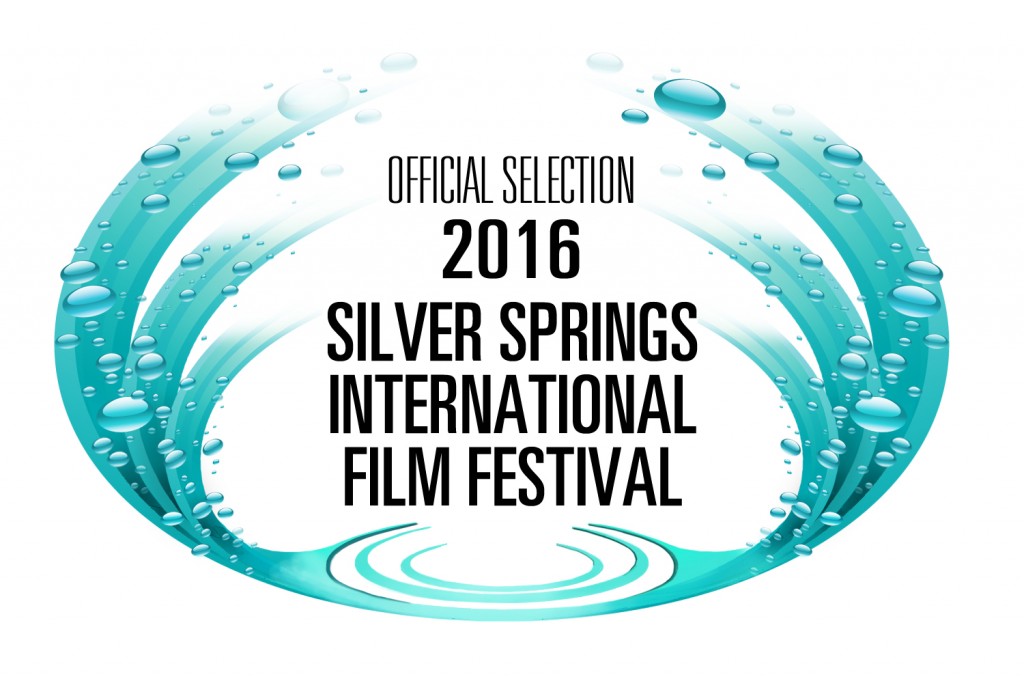 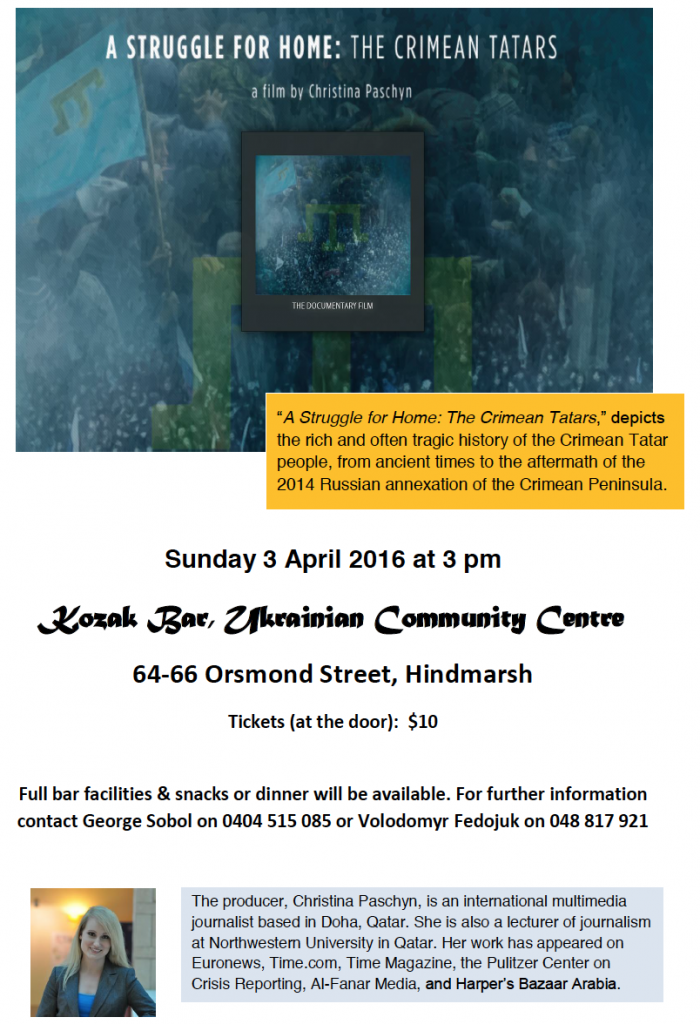 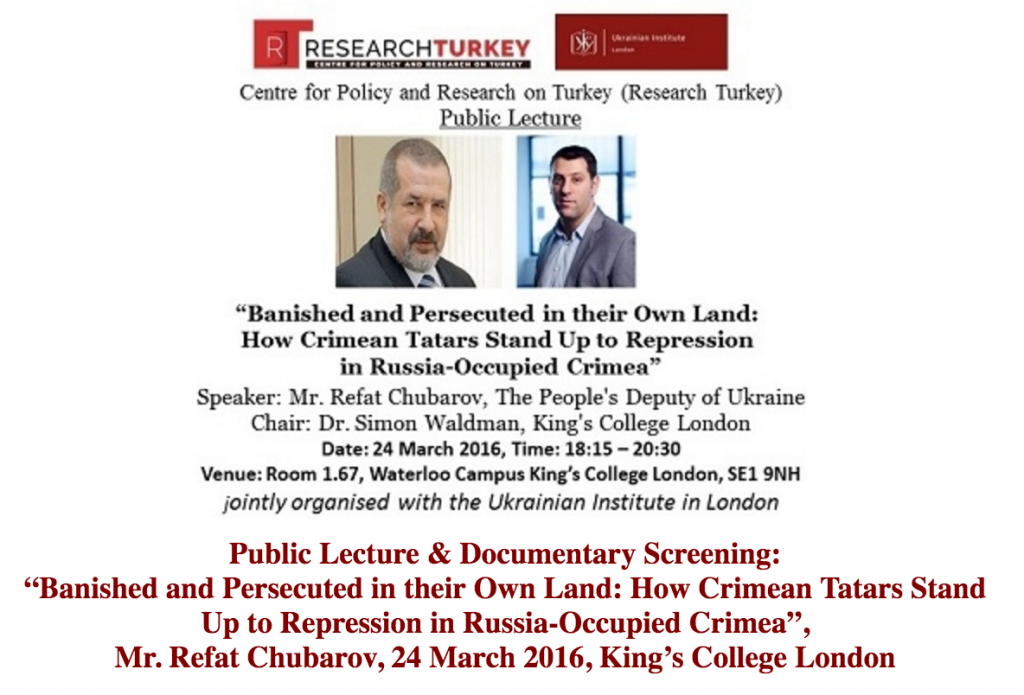 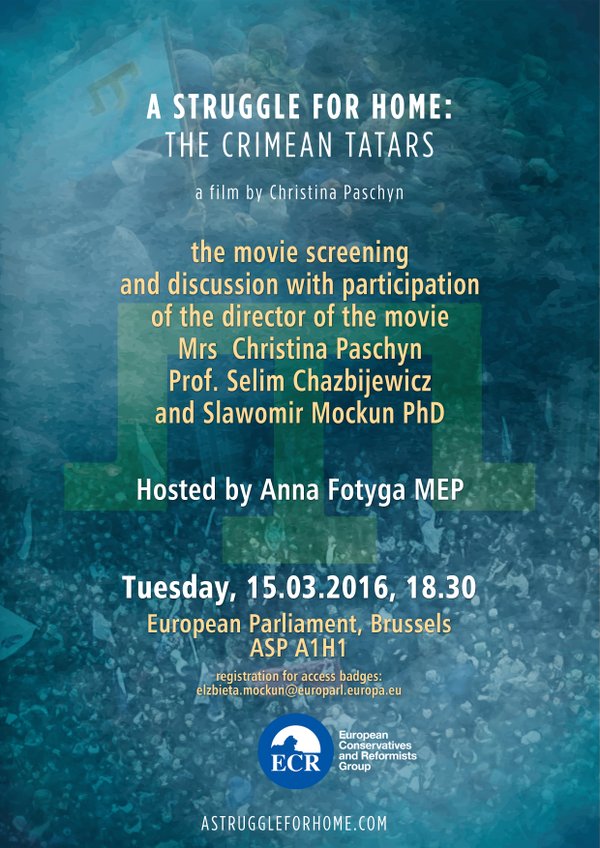 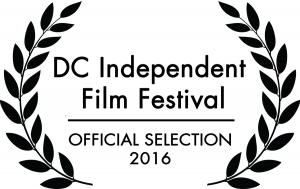 DC Independent Film Festival in Washington, D.C.
March 10, 2016 at 4pm at the Carnegie Institution for Science 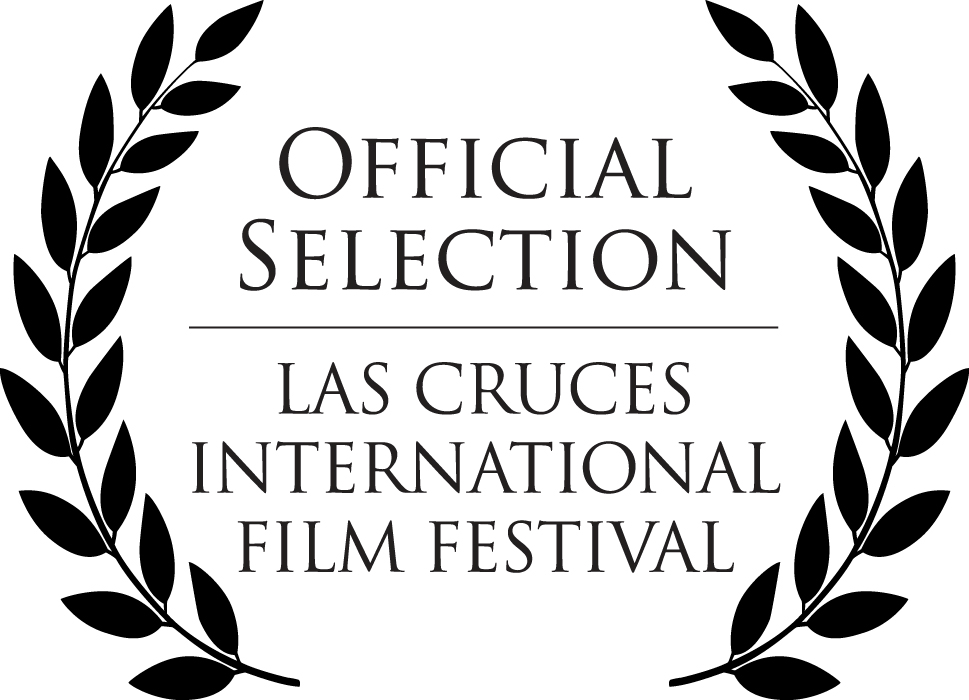 Special screening at Northwestern University in Qatar in Doha
Feb. 21, 2016 at 5pm

Special screening at the Ukrainian Institute of America in New York
Jan. 29, 2016 at 7pm 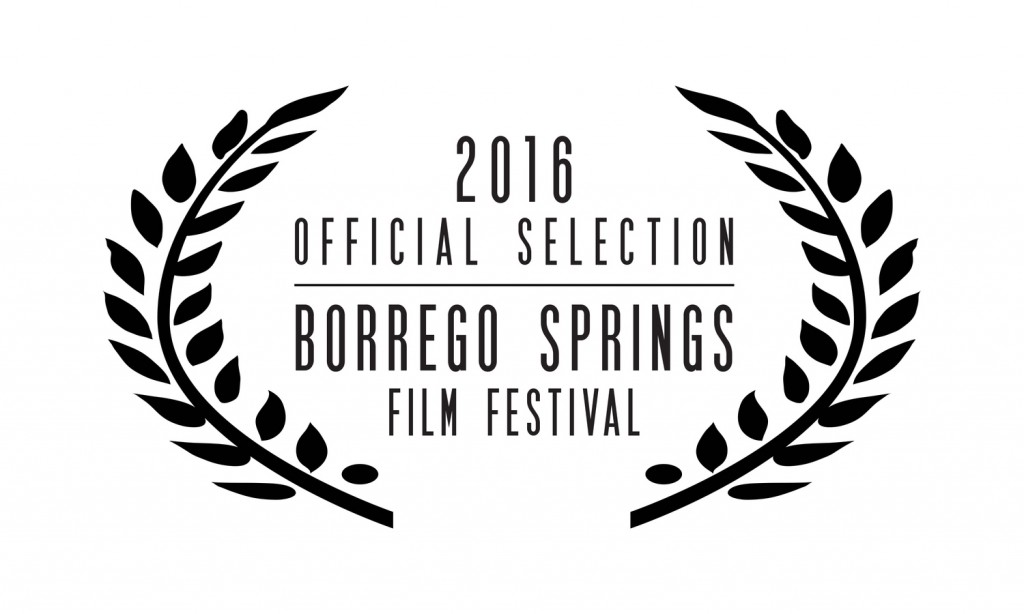 Special screening at the American Association of Crimean Turks in Brooklyn
Dec. 12, 2015 at 1pm. With a special performance from the Crimean Tatar folk dancing group. 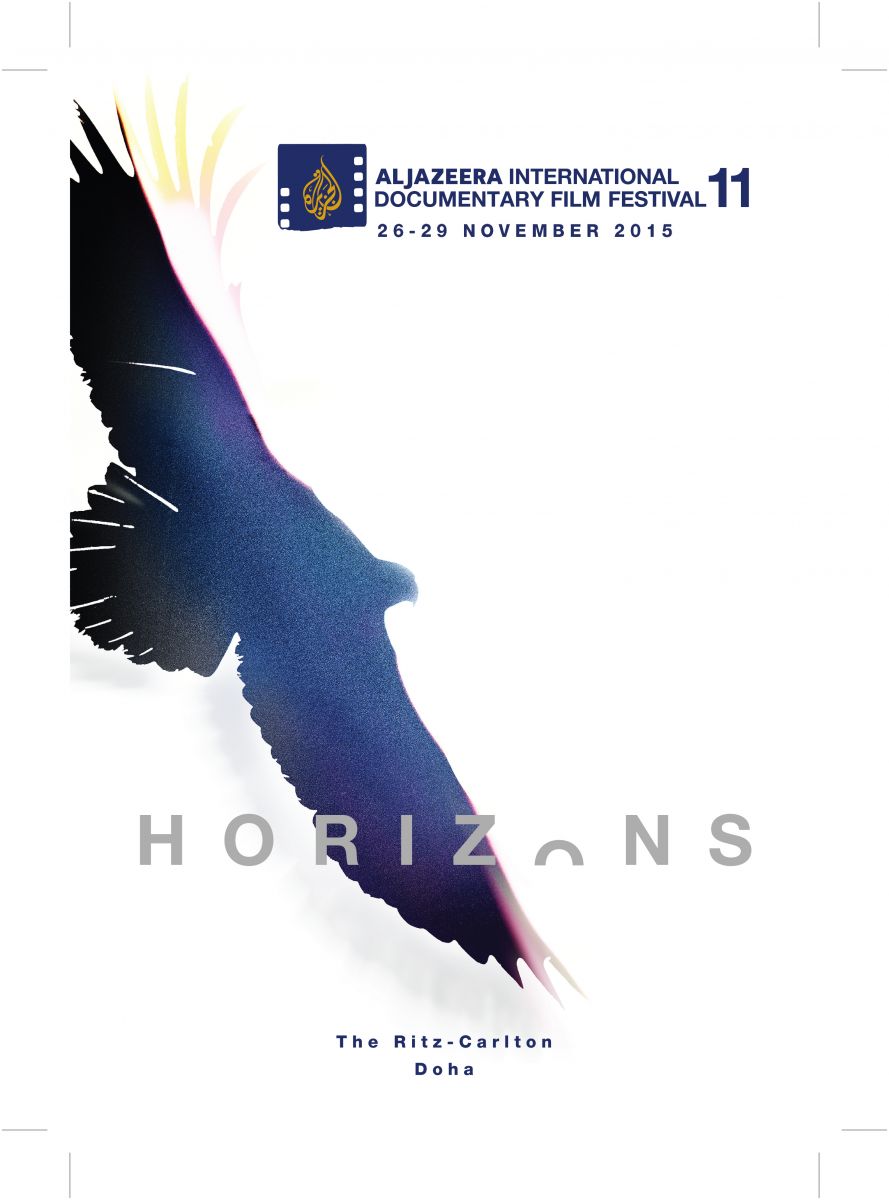 Special screening at LAB 111 in Amsterdam
Nov. 23, 2015 at 9pm. For members of the Organization for Security and Co-operation in Europe (OSCE), Amnesty International, Dutch Ministry of Foreign Affairs, the Ukrainian Embassy, Foundation Max van der Stoel, the European Parliament, among others.

To request a screening, email Christina Paschyn, the director of the film.